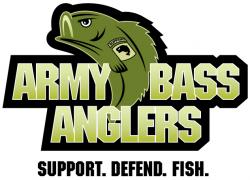 SAN ANTONIO — (Marketwire – Dec. 14, 2009) – The mission statement behind the ArmyBassAnglers (ABA) is “SUPPORT. DEFEND. FISH.” and Lake Fork Trophy Lures, one of the nation’s leading tackle manufacturers, announces its support of ArmyBassAnglers through a multi-year sponsorship as the Official Weight, Line and Soft Plastics Sponsor.

“Since the founding of ABA in 2006, our sponsors like Lake Fork Trophy Lures have raised both awareness and funds for Returning Heroes Home, a foundation that supports a state-of-the-art medical recovery facility at Fort Sam Houston’s Brooke Army Medical Center,” says MAJ Cody Roberson of ABA.

“As a soldier, having the right weapons is critical, and LFT Lures soft plastic lures, tungsten weights and new Parallelium fishing lines are our weapons of choice while on the water,” says Roberson.

“The leadership and passion of ABA speaks loudly, and group’s support of our nation’s real heroes who return home from their missions needs to be applauded,” says LFT Lures CEO, Ronnie Parker, whose father, C.W. Parker was awarded a Purple Heart for service in the Army in World War II.

According to Shawn Preator, COO of Lake Fork Trophy Lures, the company actively plans to cross promote its relationship with ABA through trade shows, tournaments and the Internet. The company currently offers discounts to military personnel, supports fishing days for returning military, and helps to sponsor military fishing events each year.

“We hope to increase the trial and education of our products through grassroots activities, and we believe that ABA will be helpful in providing our company with strong brand awareness and product credibility,” says Preator. “We are proud to support the group’s efforts, and are honored to work with a group of anglers who are as passionate about fishing, as they are about supporting and defending our freedoms,” adds Preator.

ABA consists of 12 pro staff anglers, all of whom are active duty or retired U.S. military. The group currently fishes the Fishers of Men National Tournament Trail and Bass Champs, and gained national prominence as the Ceremonial Launch Boats for the 2009 Bassmasters Classic.

Returning Heroes Home, a 12,000 square-foot rehabilitation center, is funded solely by private donations and provides space for wounded soldiers undergoing treatment in San Antonio, allowing them to spend private time with their friends and families when they are not actively participating in rehabilitative treatment. In addition to supporting Returning Heroes Home, ArmyBassAnglers is dedicated to taking soldiers fishing through its Fishing For Freedom bass tournaments.

“We don’t consider ourselves professional fishermen, but professional soldiers who just happen to be really good, avid anglers with a far more important mission,” says Roberson.

For more information about Returning Heroes Home or Fishing for Freedom, make a contribution, view tournament schedule or subscribe to the ABA e-newsletter, visit www.armybassanglers.com. Lake Fork Trophy Lures may be found at retailers nationwide, including Bass Pro Shops, Gander Mountain, Academy Sports & Outdoors, Cabela’s, and Sportsman’s Warehouse among others.

Florida Large Mouth Bass Description - The largemouth is the largest member of the sunfish family. It generally has light greenish to brownish sides with a dark lateral line which tends to break into blotches towards the tail. Often … END_OF_DOCUMENT_TOKEN_TO_BE_REPLACED

Lake Toho in Central Florida Located adjacent to the City of Kissimmee in Central Florida. The 18,810-acre West Lake Tohopekaliga has long boasted a reputation among both … END_OF_DOCUMENT_TOKEN_TO_BE_REPLACED

Butler Chain of Lakes in Orlando Florida Butler Chain of lakes in order... 1.Lake Down is the northern-most lake in the Butler Chain with 872 acres of Fish-able clear water. Public Access is located … END_OF_DOCUMENT_TOKEN_TO_BE_REPLACED

Lake George Fishing The history of Lake George fishing dates all the way back to World War II. There’s even a bombing range on the lake that was operated by the US Military in Ocala National … END_OF_DOCUMENT_TOKEN_TO_BE_REPLACED