, . I had the great pleasure of being selected as a guide boat for the Florida Outdoor Writer Association (FOWA) member’s Fishing Tournament that was held in the waters surrounding the area of Salt Springs in the . 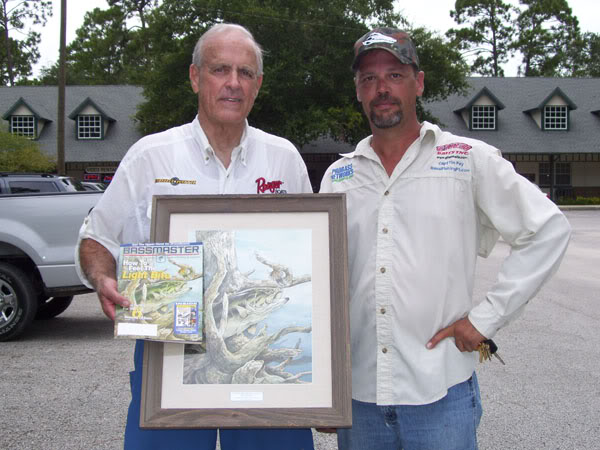 FOWA is a very important organization to the outdoor world and to Florida Tourism. These folks, men and woman, are always on the go, traveling around the great outdoors in search of their next article. I have read up on a few of these writers that were at this tournament, and they are definitely an amazing group of people. Their articles cover every possible avenue of outdoor recreation bringing to light what not only the great state of has to offer, but other states as well for outdoor enthusiast.

Tournament morning started with a little confusion as they had forgotten that I was coming. So, as a last minute entry, I was given the last boat number which was 13. I was then paired up with a respected Outdoor Writer and exceptional fly fisherman, Walt Jennings.

We had started the day out with Walt working the fly rod with a small popper, and I was tossing a soft plastic working the main channel from the launch site at Salt Springs. Neither of us had yet to have luck, so we made a move to the main lake area of . As we worked grass areas and around docks, we had spotted some activity other than jumping mullet, but still, we could not harvest a bite with the plastics or spinnerbaits. Walt picked up his fly rod again and nailed a small brim… and the day was on.

We were told his catch and only his catch counted at the tournament weigh in. The winner of the mini tournament was not based on big fish, but the day’s total catch in inches, with anything species counting.

After a minor rainfall, we headed into the channel where Walt worked his fly rod like a magic wand, catching two smaller bass. As every fish species counted towards his total length, all I had to do was hold the boat steady in areas where we felt there were fish. Our new target being Brim and Bluegill!

Walt started catching some good numbers, as I kept the tally going in total inches. I had mentioned to Walt it would be cool if he got 100 inches worth just catching all pan fish. Well, by the end of the day he had a total of 116 inches of fish with only 2 being bass!

We loaded the boat and headed to weigh in where I think we were both pleasantly surprised with the end results. Walt Jennings had won the tournament with his 116 inches. His prize was a beautifully framed piece of original artwork that had graced a cover of Bassmaster Magazine and a copy of the issue it created for.  Most important… the bragging rights for the next year! 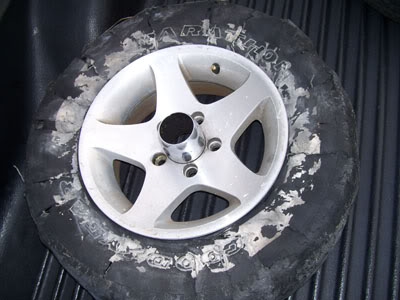 In all this was a very good experience for me meeting several great outdoor writers as well as other guides/fishermen.  I’m just thankful I was given the opportunity to take part in this event, as it will be an event that I am sure I will never forget, as many great stories, and many new friendships were formed.

Now of course the day was far from over for me, as boat number 13 struck on the way home for me. Just as I left the , the truck shook violently as a trailer tire blew out. A simple tire change, or one would think would solve this problem. I removed the spare tire, only to find it was also flat… what are the odds? So it was off to Walmart, which buy luck, was only 5 miles down the road to purchase a new tire.

Florida Large Mouth Bass Description - The largemouth is the largest member of the sunfish family. It generally has light greenish to brownish sides with a dark lateral line which tends to break into blotches towards the tail. Often … END_OF_DOCUMENT_TOKEN_TO_BE_REPLACED

Lake Toho in Central Florida Located adjacent to the City of Kissimmee in Central Florida. The 18,810-acre West Lake Tohopekaliga has long boasted a reputation among both … END_OF_DOCUMENT_TOKEN_TO_BE_REPLACED

Butler Chain of Lakes in Orlando Florida Butler Chain of lakes in order... 1.Lake Down is the northern-most lake in the Butler Chain with 872 acres of Fish-able clear water. Public Access is located … END_OF_DOCUMENT_TOKEN_TO_BE_REPLACED

Lake George Fishing The history of Lake George fishing dates all the way back to World War II. There’s even a bombing range on the lake that was operated by the US Military in Ocala National … END_OF_DOCUMENT_TOKEN_TO_BE_REPLACED